It is becoming an increasingly troublesome issue in the industry: buyers demanding house plans from their sellers whether this obligation has been placed on the seller in the sale agreement or not. Another headache is arising from this new development – many extensions have been added to the sellers’ homes without proper plans being approved, often without the sellers even being aware of this omission. All too often previous owners did the extensions without getting plans approved and the seller, buying in a different era when very few buyers bothered about plans, has blissfully lived in the home for years without knowing anything about it.

This is complicated further if the unapproved additions are built over drains, servitudes or building lines.

In other cases, the approved plans for properties have just simply disappeared from the Council’s files altogether. This problem is becoming so common that estate agents may well need to address the issue with their sellers before marketing their properties for sale.

1. House Plans and Offers to Purchase

There are no laws obliging homeowners to be in possession of their house plans, nor are there any laws obliging sellers to have these available and to hand them over to their buyers once they have signed their sale contracts. There are laws, however, obliging homeowners to ensure that all structures on their properties are recorded on their approved Council plans and, legally, no extensions may be constructed until the local Council has officially approved the relevant plans. All too often this is overlooked or deliberately neglected by homeowners and they go ahead regardless with their extensions, never bothering to get properly approved plans first.

No seller or estate agent is obliged to include the furnishing of approved plans to their sellers in a sale contract. If nothing is said about plans by the buyer at the time when he signs an offer to purchase, he cannot oblige the seller afterwards to supply them to him. He will be free, of course, to get his own plans afterwards and may be able to get them prior to transfer, but a problem will arise if the buyer discovers that the plans are defective and do not cover all the structures on the premises. There is an implied term underlying every sale contract and that is that properly approved plans must be in place for all structures on the property. In such cases, however, a buyer may not refuse to take occupation, pay occupational rental, refuse to sign documents or pay deposits, etc, on the grounds that the seller is in breach of contract. Without express provision for the furnishing of plans, the seller cannot be in breach of contract and the buyer cannot suspend his obligations under the sale contract. But he will have a right of recourse against the seller for damages after taking transfer of the property and may cancel the sale prior to transfer if the Council refuses to approve the new plans.

2. When Furnishing Plans is Included in a Sale Contract

In this case, if the buyer discovers that no plans or defective plans exist, he can place the seller on terms and cancel should the seller not have rectified his breach within the breach period.  In this case, the seller has consciously misrepresented the buyer, but the latter cannot simply cancel the sale.  Due process must be followed.  If the defect can be remedied by obtaining proper plans within a reasonable period before transfer of the property and the seller is prepared to pay for them, the parties can enter into an agreement in terms of which registration is delayed pending approval of building plans.  If the Council rejects the plans and, more especially, demands that the relevant extensions be demolished, the buyer will almost certainly be entitled to cancel the sale.

Buyers occasionally want copies of their plans for their sectional title units. In this case, plans are not only approved by the local Council but also by the Surveyor-General and are filed at the local deeds office when the sectional plan is registered. It can be difficult getting copies of plans in this case as there are no laws allowing sectional title owners the right to apply to their local deeds offices for copies of their sectional plans, and deeds offices regularly decline to supply them as a result. If they cannot be obtained there is a presumption that the structures on the complex duly comply with the registered sectional plans and the obligation is on the buyer to prove otherwise. This can also be difficult because building plans are never lodged at the deeds office unless the sectional scheme has been registered as a phased development.  Enclosed balconies should generally be a red flag and the seller should be asked the question as to whether there are building plans for the alterations.

Should the additions be of a substantial size, the participation quota will be affected and might even result in the bond holder’s consent having to be obtained in order to update the sectional diagrams.

3. The Procedure for Obtaining New Plans

A qualified architect has to draw new plans (if none exist) or extension plans (if no application for approval was ever done). Once these are completed the architect will make an application to the local Council for approval of the plans. Depending on which municipality it is, the procedure will take between six to eight weeks, but it can take a lot longer. Unless there is some reason for refusing to approve the new plans, the Council will generally accept them without further consequences. Councils can penalise homeowners for transgressing their laws when failing to get their plans approved before the buildings were constructed, but they generally show considerable leniency in these cases, especially if they can see that the plans would have been approved if they had been lodged for approval at the proper time.

What can prevent the new plans from being approved? Usually, the issue is purely based on whether there are any legal restrictions that will affect the extensions. Councils should never refuse to accept plans unless there are specified circumstances in the law prohibiting their approval. These are the commonest examples of such restrictive factors:

4. Sewerage and Other Servitudes

All such servitudes will readily appear on the owner’s title deed to the property. For example, when the township was first laid out, the Council may have placed rainwater pipes or sewerage conducting pipes under the surface of the owner’s property. These servitudes will either appear as township conditions on the deed, or as references to notarial deeds imposing the servitudes, or as endorsed conditions of title imposed at a later date. In all cases, if an owner cannot trace any restrictive conditions of title in respect of such pipes (or other similar council services such as electric or telephone cables), he can safely presume there are no servitudes affecting his property. If extensions were unlawfully done without prior approved plans and were placed right over such servitude lines, the Council will demand that the extensions are demolished and there may be other adverse consequences for the offending owner.

Title deeds often contain conditions disallowing any buildings within any boundary line or alongside any facility (such as a right of way) for a certain specified distance. Not all properties are affected by these restrictions, but if an owner has unlawfully built structures across these restrictive lines without getting plans approved, he will again almost certainly have to demolish the transgressing structures. If he sells the property and the buyer discovers this before the transfer, the buyer will be entitled to cancel the sale.

There may also be local municipal laws generally prohibiting certain structures in any of the properties within a suburb, township or residential area. Business premises, public parking facilities, large communal halls, etc, are the sort of structures that would be affected. In these cases, the homeowner, on trying to get building plans belatedly approved, may again find that the offending buildings or facilities must be removed, and the buyer will again be free to cancel the sale.

It is becoming increasingly imperative to ensure that property sellers obtain properly approved copies of plans of all structures on their properties before they put their homes on the market. The time has probably come when all estate agents should raise this issue with all their sellers before putting their mandates to sell into effect.

Currently, the only municipality that requires house plans for the transfer of a property is the Mbomela Council (Nelspruit).

Currently, municipalities require a SPLUMA Certificate where new properties are created, i.e. Subdivisions, consolidation, townships, and sectional title developments. It may also include land development applications like rezoning and consent use to make sure all conditions are complied with prior to transfer to the new owner.

Please consult with your local council and find out whether they require a SPLUMA certificate for the sale of normal property transfers.

L8. Home Business in a Cluster

The Internet explosion has meant that we all live our lives in an entirely different way – from...
Continue reading
by GoldenHomes 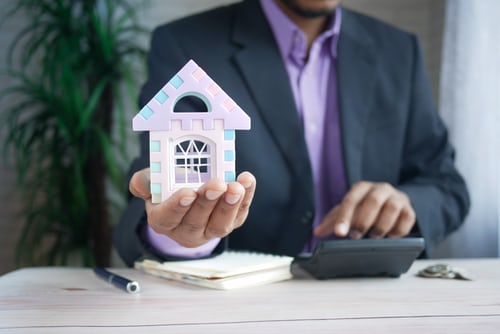